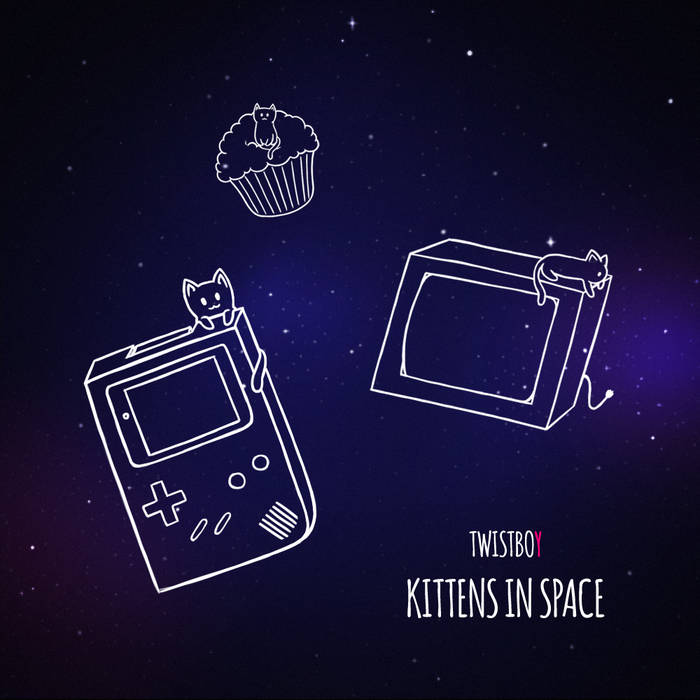 While it’s not on Spotify yet you can listen to the EP here.

First impressions overall this EP has a good upbeat feel to it and kinda a slow jam thing going for it.  Perfect for those Chip nerds out there who needed something new for summer.   I can understand why he called it Kittens in Space.  If I’d never heard the album title I would have explained it like this:

It’s sounds like if you were floating in space and then it devolved and there were nyan cats everywhere and then Mario was like “Let’s a Go!” and decided to take you for a joy ride in a space El’Camino.

The first track, Takeoff, had some weird parts where I though my stream was having troubling buffering or something but then I listened a second time, and a third time and it sounded the same, so I’m guessing it was intentional.  The last track, Homecoming, had parts where it felt like it lost it’s purpose.

Cruising had the best hook by far with Kittens in Space coming in a close second.  Kittens in Space brought in the first hook real good and had a nice breakdown in there that I liked but lasted a bit too long.   I think I liked Cruising the most because it had the faster tempo and it’s the kind of stuff I like to work to.  That and the way he modified the hook turned out really well.

Tracks from Best to Worst (IMHO):

Can’t wait to hear more from this artist!!!  Keep it coming!